You have arrived at traas.org—the personal home page of Aaron Traas. Aaron is a Catholic software engineer with an intense passion for gadgets, open source software, food, music, theology, and philosophy.

If you wish to find more about the commercial projects Aaron has worked on in recent years, please visit the portfolio page. If you are looking for a great solutions-oriented, client-facing technical lead for your agency, please take a look at Aaron's online, responsive HTML5 résumé, and then send him an email if you like what you see.

If you want to know Aaron's musings and opinions about many things (mostly phones and computers), you are invited to read his blog below.

As I mentioned now over 4 years ago, I want to exit Google. I've made very little progress in that, other than removing Google Analytics from my site, and today, deleting my Google+ account. First and foremost, I need to find a replacement for Gmail and Google Calendar. That's going to hurt.

I don't think social networks are healthy. They make us unhappy. They track us in creepy ways, even those of us that don't use them. They make us mentally keep up with the Joneses, but in a distributed global fashion. They algorithmically push us into filter bubbles. They make us hate the other even more than we're naturally predisposed to. They are hostile to the open web, and treat your relationships, likes, photos, etc. as their property, not yours.

And yes, Facebook is far and away the worst actor. But only because they can get away with it, whilst Google and Twitter can't. They own your connections to your friends and family, and there's nothing you can do about it. Facebook cannot commit an evil act so grotesque that the average user would leave. There's just too much perceived utility.

Youtube and Reddit just changed their terms of service, signaling they don't want people like me on their platforms. I've deleted my Google+ account. I've un-followed everyone on Twitter and set my account to private (I'm squatting on my username so no one else can impersonate me). I've removed the Reddit app from my phone, and am considering deleting my account. I'm keeping LinkedIn, but that's purely professional, not personal, and is necessary for my career advancement.

If anyone wishes to contact me, please reach out to me using a federated protocol.

Why I Don't Vote 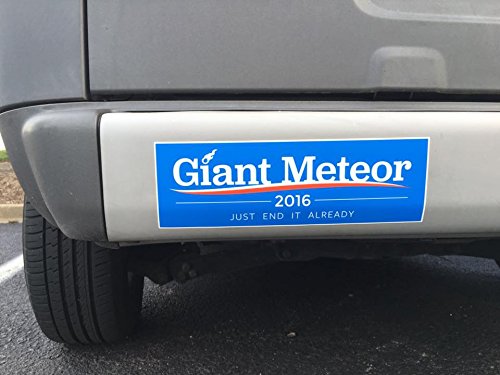 I don't vote. A small number of people give me crap about this. I'm philosophically opposed to democracy for a lot of complicated reasons. The mathematical reasons, however, are simpler and more universally compelling.

Why waste my time? I make no other decisions based on such low probabilities.

Shortly after I put up the post "Ad-blockers are not evil" where I lambasted publishing sites and ad networks for tracking their users across the Internet, I realized that I was running Google Analytics. I got into the habit of adding Google Analytics to every site I build just because that's what my clients want. In a lot of cases, it really does make sense, such as if you're serving ads on your site, or need to generate certain kinds of reports.

Traas.org, however, doesn't have those needs. So I'm tracking you and your usage for no reason. I promptly removed the GA tracking code on 9/16/2015, and am now just relying on Apache's logs for metrics.

As of today, I've also removed the use of third-party CDN hosted Javascript, CSS, and fonts. Everything is now served from Traas.org's servers. For full transparency, I am using CloudFlare as a caching proxy and CDN, but as everything is served up from my domain, I feel a lot more comfortable with that.

See the new traas.org privacy policy for more info. Let me know if there are any other steps you think I should take to maximize user privacy.

Ad-blockers are not evil 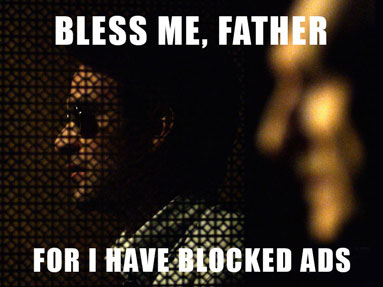 Most websites with ads suck. Modern ad-supported sites offend as much as pop-unders in the early 2000's. Between full-page takeovers, fixed-position share links that take up 1/8 of the screen on mobile phones, auto-playing videos, slow, un-optimized JavaScript from ad-delivery and payloads in the 10's of megabytes, horrendous privacy violations, and ad networks that serve up malware, the web has never been worse.

Unless you run an ad-blocker, which makes browsing the web painless. But then some would make you feel guilty for "stealing" free web content. But is it really stealing?

No. Why? Because this is the open web. The purpose of the web is that you, the user, get to consume content in any way you want, and if the creators didn't want that, they have alternatives.

Making content freely available is a strategic choice by the creator. Using advertisements for monetization is another strategic choice. In the former case, the user gains value, while in the latter, the user experience is degraded. Neither are strictly necessary.

1) DaringFireball.net: blog of John Gruber, a popular and snarky Apple pundit. His site is successful and influential, and has no ads. He does sell sponsorships, which appear as native posts on his page and in his feed.

These are two examples in a large field of possibilities. Free content with ads is not the only possible business model.

There are multiple ways to detect and block users that have ad-blockers. Creators have had the option to thwart ad-blockers since the first Firefox plugins became available. The majority choose not to block the blockers as a strategy, because the loss of those users would be a greater blow overall, and blocking the blockers is seen as an aggressive stance by many users.

That being said, the creators are free to either block the blockers or serve alternative content to them, but they choose not to.

The greater issue for many users, myself included, is tracking. Most ads come from a small number of ad networks which are present on many different sites. These networks track your usage, so that if you are looking at a product on one site, you'll see advertisements for that sort of product on many other sites across the web.

The ad networks track users invisibly and without the user's consent. The content producers argue for the legitimacy of this tracking, because it is part of the implicit contract between a site creator and its users. That's a load of crap. The common user doesn't have the technical education to understand what's happening behind the scenes. And even if they are sophisticated enough to block third-party cookies, that doesn't prevent browser fingerprinting, Flash-based super-cookies, use of the new HTML local storage API, etc., which are all much more sophisticated, complex, and hard to prevent.

The way the open web is supposed to work

This is going to get a bit technical; I want to explore the role of the web browser with respect to content on the web.

A web browser is an HTTP-enabled user agent that renders HTML, CSS, and JavaScript content into a form that the user can understand, read, and interact with. According to RFC 1945: Hypertext Transfer Protocol &mdash HTTP/1.0 defines the user agent as:

The client which initiates a request. These are often browsers, editors, spiders (web-traversing robots), or other end user tools.

A user agent is any program that interprets a document written in the document language and applies associated style sheets according to the terms of this specification. A user agent may display a document, read it aloud, cause it to be printed, convert it to another format, etc.

In other words, the browser is a virtual "agent", or piece of software that performs tasks on behalf of the user. The agent's decision to not render certain HTML elements or execute certain pieces of JavaScript can be a positive thing. The browser makes all sorts of decisions on what to render based on the user's needs, such as hiding elements in responsive web sites when the viewport is too small, or downloading higher-DPI assets for higher-DPI screens.

Some user agents aren't capable of viewing modern ads. If a user of NCSA Mosaic browsed a site containing HTML5 banner ads in an iframe using ad-network supplied JavaScript, the ad would not render, as the browser does not support any of the technology mentioned. It would likely render the content from many sites, but it would fail at serving ads.

Again, from the CSS 2.1 specification:

The inability of a user agent to implement part of this specification due to the limitations of a particular device (e.g., a user agent cannot render colors on a monochrome monitor or page) does not imply non-conformance.

UAs must allow users to specify a file that contains the user style sheet. UAs that run on devices without any means of writing or specifying files are exempted from this requirement.

The user agent MUST provide ways for users to override the entirety of the styles on a web site! That is necessary for standards compliance! This puts an onus on the users' ability to choose which content to display and how.

The user chooses a user agent to decide on his behalf what content and functionality he wishes to prioritize. This could be a browser with an ad-blocker, a read-later application, a text-based web browser, an RSS reader that supports "mobilization" of content, or any number of other configurations. These are all fine. You don't need "adblock absolution." If a creator puts his work on the open web, making no effort to restrict consumption, you are under no obligation to view the ads on the site, submit to invisible tracking, or consume the content under any condition other than your own. Conversely, the creator is free to block ad-blockers, put content behind a paywall, ask users for donations, etc.

The popup blocker did not doom commercial web ventures. Advertisers moved on to ads that users found less objectionable. which adblockers (currently) can't target Certain classes of ads, such as sponsorships and native advertising, These are less obnoxious, and some studies say are more effective.

Finally, without the freedom to modify the way web content gets displayed on your browser, the world would never have the best browser plugin ever: Cloud to Butt Plus. 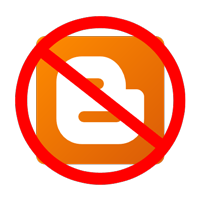 Today, I'm free from Blogger. No longer must I maintain the nasty hacks that make blog.traas.org work. I'm free.

As I mentioned in a previous entry, I'd like to reduce my dependency on Google Apps. Writing a static blogging engine took longer than I thought. Actually, I finished the code months ago, but I was too lazy to clean up the garbage code that Blogger's editor generated and convert into Markdown.

The thing that finally got me off my butt was some weird server flag that caused a recent build of Chrome to try using HTTPS with *.traas.org, whilst Blogger does not support HTTPS.

If you subscribe to my RSS feed, nothing should change. The redirects should just work for you. Cacheing is slightly wonky, with my application cache, server cache, and CDN often acting strangely with each other.

Also, the convention common on static Markdown blogs of adding '.md' to the page URL listing the Markdown source is implemented here.

Feel free to report any bugs. Thanks in advance.